Who The Clix? Anarchist 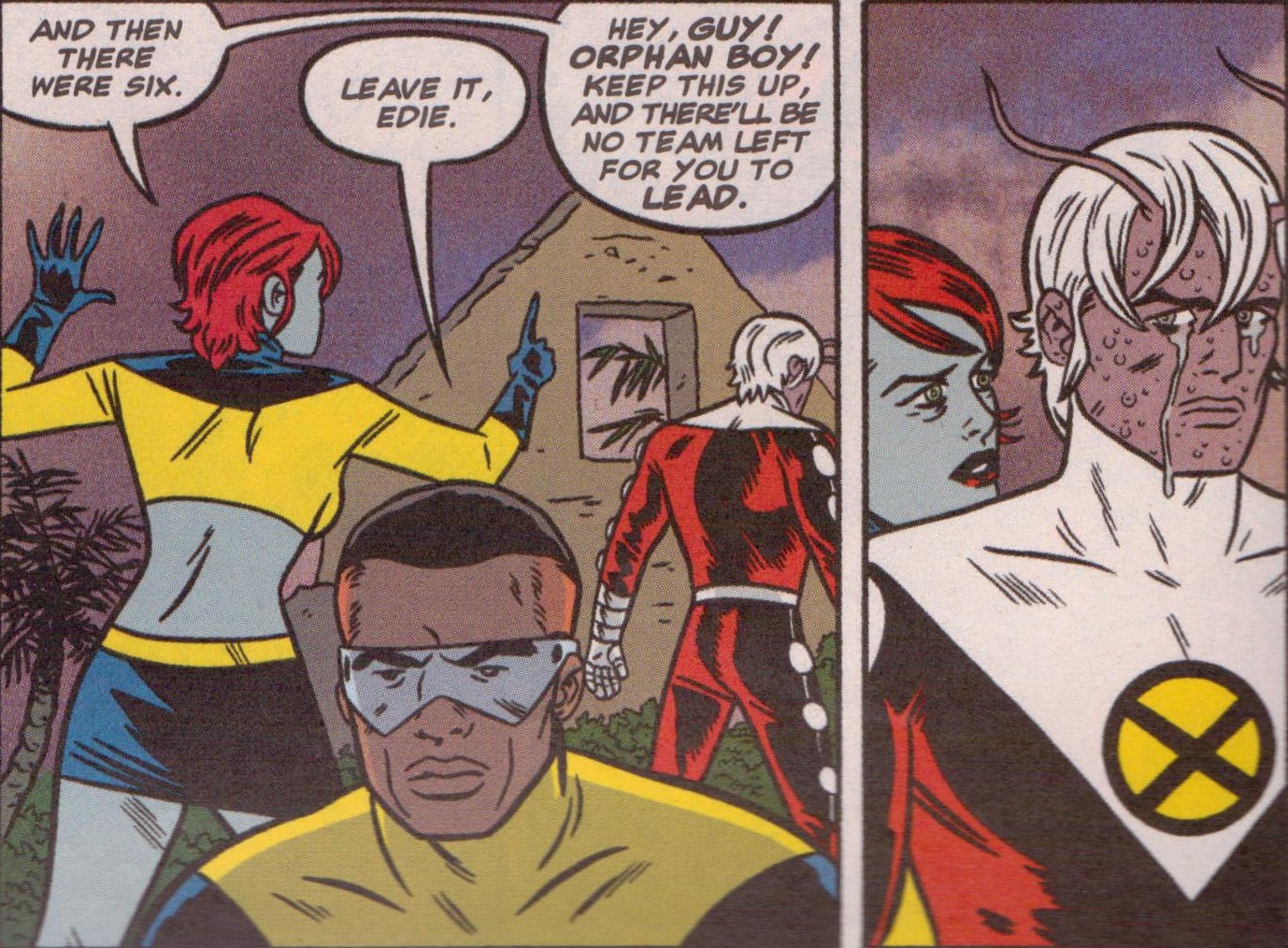 Anarchist, real name Tike Alicar, is adpoted in his youth by a white couple. When he is old enough, he questions why he looks different than his parents. Believing he is simply dirty, he begins to compulsively clean himself and accidentally discovers his acidic sweat.

Anarchist is recruited for the televised X-Force team to replace Sluk, who has recently died on a mission. Anarchist quickly warms to the celebrity lifestyle and plays it up, annoying some of his teammates. On his first mission, all of the team except Doop, Orphan and Anarchist are killed.

X-Force is renamed X-Statix to honor U-Go Girl, though this drives Anarchist and Dead Girl to form their own spinoff. The spinoff quickly flops and the two return to X-Statix. They continue to adventure with the group until their final mission, in which most of the team, including Anarchist, are killed.

Sent to Hell, Anarchist meets and becomes romantically involved with Miss America. He joins a team of villains, Kraven and Mysterio among them, that return to Earth for twenty-four hours to create chaos. Dead Girl recruits fellow dead X-Statix members Orphan and U-Go Girl to battle the villains. Anarchist's heart is won seeing his old teammates together and he rebels against the villains alongside Miss America. The pair fall in love and Miss America is redeemed, allowing them to enter Heaven.

Anarchist is later seen in Doopspace, which seems to connect the afterlives as well as other dimensions.