Who the Clix? Maker 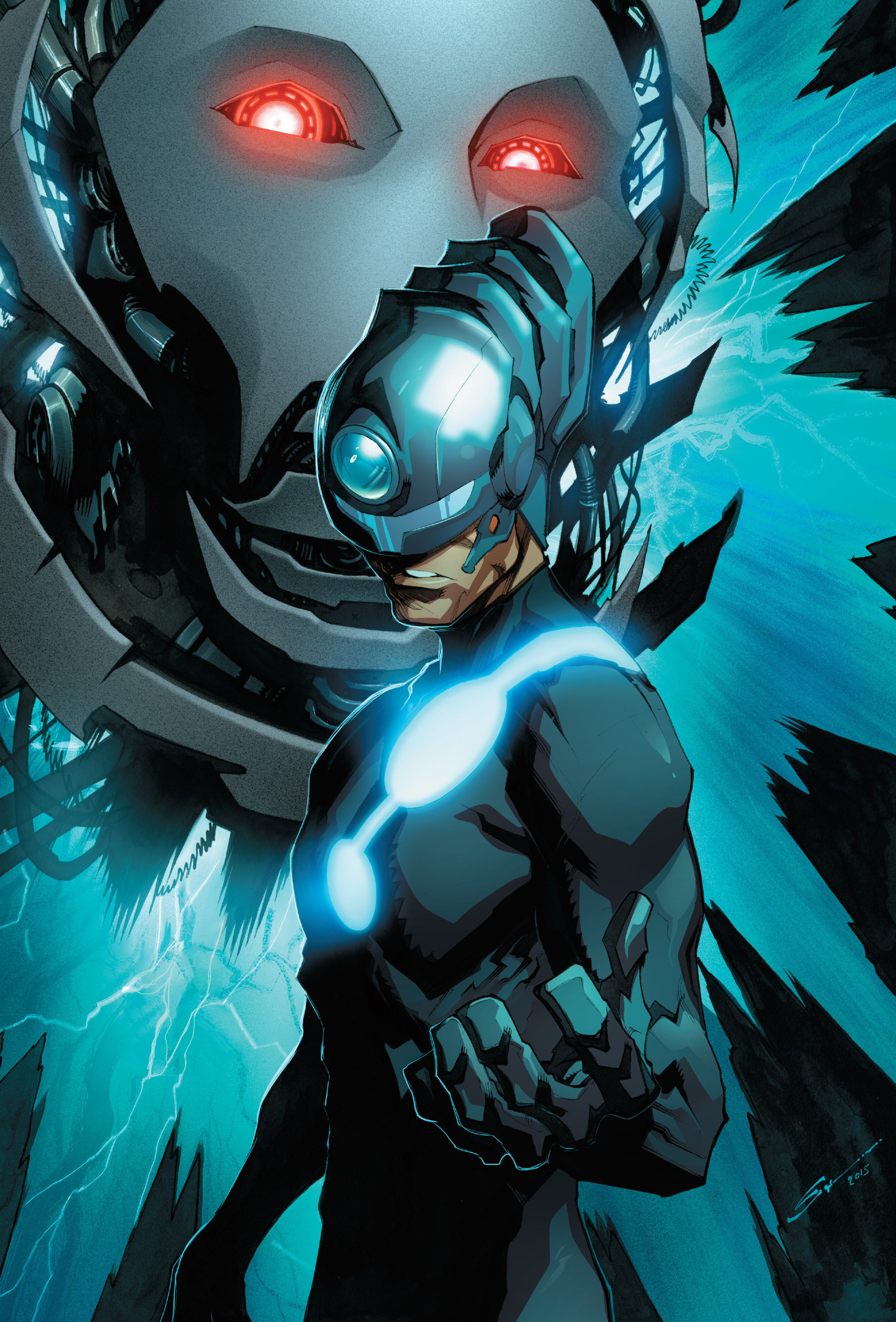 Reed Richards is a brilliant but shy and reserved scientific child genius born in a borough of New York City. Reed was bullied at school as well as at home by his brutish father who wanted his son to “man up.” Reed managed to escape all that after successfully building a teleporter for a school science fair. Reed is recruited into a government think-tank in the Baxter Building where he meets Sue and Johnny Storm. At 21, Reed attempts to reach the culmination of his research by transporting organic material through another plane of existence he dubbed the N-Zone. Sue and Victor Van Damme assit him in the final experiment as Johnny and Ben Grimm, Reed's only childhood friend, watch on. Unbeknownst to the others, Victor had changed the coordinates for the experiment because he believed Reed's calculations were flawed. This results in an accident that draws all four into the N-Zone and grants them different powers.

The four return to the Baxter Building unaware of what happened to Victor. Though they try to keep their new powers secret for a time, they are eventually seen by the media and dubbed the Fantastic Four, with Reed becoming Mr. Fantastic. The team battle many foes, including Victor now calling himself Dr. Doom, while Reed tries to cure Ben of his rocky mutation and tries to woo Sue Storm.

After the disasters that Magneto enacts to try and wipe out the human race, the earth is devastated and numerous heroes are dead. Reed sends Thing to kill Dr. Doom, claiming that all of his models reveal devastation is Doom is left alive. Johnny is presumed dead and so Reed and Sue break up, with the Fantastic Four disbanding. Reed begins working with aliens to pillage artifacts at Project Pegasus before moving back home. He orchestrates an explosion that kills his parents and allows him to fake his own death before allying himself with invading aliens.

Reed is soon confronted by the remaining members of the Fantastic Four, Spider-Man, Mahr Vehl, and the Ultimates. It is now that he reveals that he has become a villain, as he now hates the universe he lives in and wants to find some other world to improve. Reed survives this defeat and becomes trapped in the Negative Zone.

He escapes back to his Earth and remakes himself as the Maker, creator of the City and leader of the Children of Tomorrow a race of super-humans that he himself created after spending 1,000 years in the future learning all he can. He intends to defeat the Ultimates and “save the world” under his leadership. Though he is defeated, he remains undeterred and even manages to partially construct the Infinity Gauntlet.

A temporal distortion later transports the 616 (main) universe's Galactus to the Ultimate universe. The 616 Mysterio is also trapped in the Ultimate universe and informs the Ultimates of who and what Galactus is and that the only one that could ever defeat him was Reed Richards. This forces the Ultimates to seek help from the Maker, who travels to the 616 Earth alongside Spider-Man (Miles) to access Reed's files. Before they return home, the pair are confronted by Valeria, which seems to shake Maker as he is faced with the future that he and Sue could have had. Maker ultimately defeats Galactus by trapping him in the Negative Zone. Because the Negative Zone is made entirely of anti-matter, Galactus cannot gain sustenance from anything there.

After Nick Fury becomes aware of the incursions, he secretly enlists the Maker to begin building doomsday plans. This leads the Maker to meeting the Cabal as they escape a dying Earth. Using this information, he is able to build a technological life raft that allows himself and the Cabal to survive the final incursion and awaken on a new patchwork world created and ruled by God Emperor Doom. The villains soon encounter a group of heroes that survived on a similar life raft and work together to undo what Doom has accomplished. This leads Maker to working together with the 616 Reed Richards. The pair make it to the Molecule Man, the source of Doom's power, and betrays his heroic counter-part by devolving him into a monkey and attempting to kill Molecule Man. Molecule Man is unimpressed and returns 616 Reed to normal while transforming the Maker into a pepperoni pizza.

After the restoration of the Multiverse, the Maker somehow awakens on the new 616 Earth and goes to work. He forms the terror organization W.H.I.S.P.E.R. to gain influence and at first focuses on harnessing the souls from the old destroyed universes. He also soon forms his own Revengers.

The New Revengers attack A.I.M. Island (owned and operated by the heroic Sunspot) in an attempt to gain even more technology. This plan fails and ends with Sunspot delivering the Maker to the U.S. Government.

Maker later joins Project Oversight, with the goal being the restoration of his own (1610) universe. He believes that the symbiotes are key to this and so interrogates Eddie Brock about Knull and that the Venom symbiote has become little more than a guard dog. Eddie asks Maker to help him restore the symbiote to its full power but Maker is unable to get the answers he seeks. He attempts to vivisect a bio-mass from Flash Thompson's corpse, but this causes the Venom symbiote to attack him and trap him in a morgue locker.

Maker later escapes and attempts to help Eddie in his quest but all of this is interrupted by Carnage's quest to retrieve symbiote codices and revive the symbiote god Knull.